WHAT DID WE SEE IN THE SPEED TUNNEL

FLASH on CW “Welcome to Earth 2” episode from last night is the most Easter Egg filled 42 minutes ever, and I am including all Marvel and DC movies or TV shows in the past… EVER!

While every blog on the internet has had their Easter Egg explosion article put out last night, there were a few distinct EGGS missing from the fold, including “WHAT DID WE SEE IN THE SPEED TUNNEL?”

There were a few easy ones. right. The first three were of course were totally obvious…

Quick Glimpse of Melisa Benoist as Supergirl on FLASH on CW 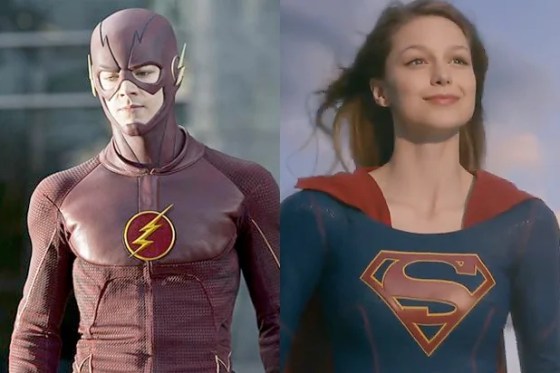 Gustin Grant will appear as the Flash on CBS’s Supergirl March 28, 2016

THE LEGION OF SUPER-HEROES RING

DUH! Since I am more of TV/MOVIE superhero geek than a comic book geek, this did not come to me naturally. But as soon as I saw the writing on the wall of google images, it all flooded back to me. The ring that gives all heroes in the future the gift of flight. The Legion that took Supergirl to the future in Justice League Unlimited. The League that took various Superman/boy era incarnations to the future to help train and lead the futures version Justice League. This future society made their cameos on Smallville and 1990s Superman The Animated Series. I was always fond of their insertions into other shows, even though I was perhaps too old to get into their TV show. So I suppose we can expect to see Cosmic Boy, Saturn Girl and Lightning Lad soon? Maybe Brainiac 5 and Bouncing Boy who were always my favorites. 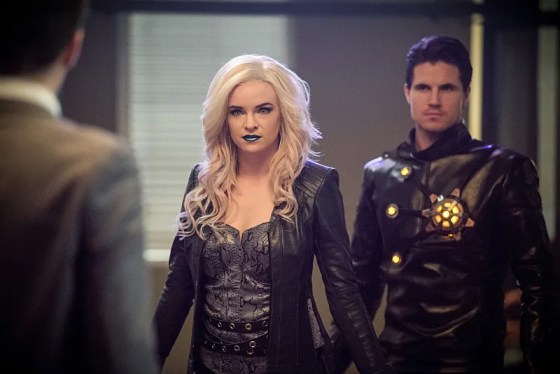 So those are the real eggs as far as I am concerned. Introducing Killer Frost and Deathstorm were less eggs and more simply expanding the Rogues Gallery. Nice trick though as we all watch Danielle Panabaker as Dr. Caitlin Snow’s perhaps slowly transition into the villain. Who out there did not wonder every time Caitlin has a bad day and shows a little anger – AH That’s her Darth Vader in transition moment. Or when Carlos Valdes as Cisco first showed his emerging Vibe powers, did we not all think, OK Caitlin, “show us what you’ve got.” So while I thought it was cool to get Killer Frost, it was a bit of a let down as I expected a very cool transition for Danielle Panabaker as an actress to portray.

And speaking of VIBE, how about REVERB. “DOPPLE” – “GANGER”. Cisco gets to see his full potential in his evil twin self. REVERB of course in the comics was originally one of the good guys and Cisco’s brother, Armondo. Fun twist. We may still see a good Armondo on Earth 1.

With all that cool stuff going on, my favorite moment may be the crooning Jesse Martin as Earth 2’s Joe West. While a big fan of Martin’s work on Law & Order, and starring in one of the best X-Files episodes of all time, Jesse was a Broadway singer and rocked the role of Tom Collins in Rent. I thought this interpretation was a nice gift to Jesse and all his fans from way back before his career on the big and little screens. 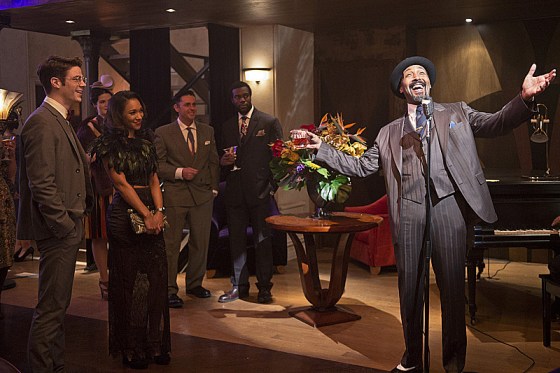 Leonard Snart is Mayor, although I am not ruling out we will see him as Citizen Cold. Earth 2 Barry and Iris are clearly best friends with alter egos for Professor Zoom, Batman, Green Lantern and Wonder Woman. Captain Singh (Patrick Sabongui) is a criminal. Floyd Lawton (Michael Rowe) is a bumbling idiot coward of a cop with terrible marksmanship, thereby earning the title of DEADSHOT for all the wrong reasons.