Lucifer Morningstar leaps off pages of DC and Vertigo comics

Lucifer caught my attention when it premiered after the X-files second episode of 2016. X-files fans – and even more so David Duchovny fans – might be interested in the show developed for TV by Tom Kapinos, the creator of Californication. 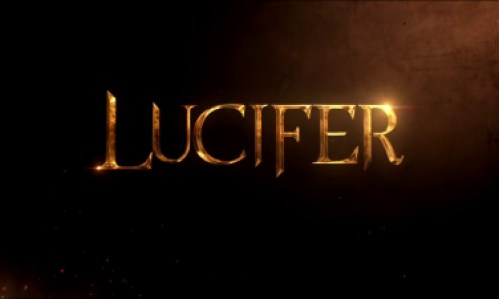 Lucifer is the latest TV adaptation of a DC Comics character. The character has appeared in many DC series before I getting its own run via Vertigo imprint.

The pilot, written by Kapinos and directed by Len Wiseman (Underwood), aired Monday January 25th with a decent viewership thanks to following the very popular new line of X Files.

Admittedly, I was expecting a slightly darker TV show from a Vertigo comic, but I still enjoyed the sleek and sexy dark tones. The new Fox series is full of witty banter , police procedural action and suspense and an interesting supernatural war between heaven and hell brewing (especially D.B. Woodside as Amenadiel).

When we meet The not-so-Dark Lord (Tom Ellis) is hanging out  in his own  nightclub in Los Angeles and unafraid to tell just about anyone he is the devil. Bored of his life in hell the Devil seems uncaring of who knows his true identity although loves using his powers to get people to share their intermost desires.

So when a friend of his, Delilah (Annalynn McCord), gets shot and dies in his arms, Lucifer takes it upon himself to play detective. Which becomes a problem when he interferes with the actual investigation by LAPD detective Chloe Decker (Lauren German).

Kevin Alejandro makes an appearance as Chloe Decker’s husband, Dan. Alejandro is known by DC comics TV fans from his appearance as Sebastian Blood on CW’s Arrow season 2 and a reoccurring role on True Blood.

Eventually, instead of fighting the constant interference, detective Decker gives in and brings Lucifer along for the ride.

FOX’s Lucifer certainly will not be for everybody. I only tuned in because I was watching The X Files. But so far I am hooked. I look forward to seeing where the show takes us.

Below info via wiki

The title character from the cover of Lucifer #16, artist Christopher Moeller.

Lucifer Morningstar is a DC Comics character appearing primarily as a supporting character in the comic book series The Sandman and as the title character of a spin-off, both published under the Vertigo imprint.

Though various depictions of Lucifer – the Biblical fallen angel and Devil of the Abrahamic religions – have been presented by DC Comics in their run, this interpretation by Neil Gaiman debuted in The Sandman in 1989. Like many modern interpretations of Satan, DC’s Lucifer owes much to the character’s portrayal in John Milton’s epic poem Paradise Lost, though Gaiman adapts the character to fit the fictional DC Universe where their comics are set, where the character exists alongside superheroes and deities from multiple religions.

Later, the character acquired an ongoing Lucifer spin-off series written by Mike Carey, depicting his adventures on Earth, Heaven, and in the various other realms of his family’s creations and in uncreated voids after abandoning Hell in the Sandman series.[1] Lucifer also appears as a supporting character in issues of The Demon, The Spectre, and other DC Universe comics. Two angels, several demons, a human, and briefly Superman[2] have taken his place as ruler of Hell.

In 2010, IGN named Lucifer as the 68th greatest comic book villain of all time.[