VOLTRON The Legendary Defender on Netflix is now in its fourth season (All four seasons released in the past 16 months). I say 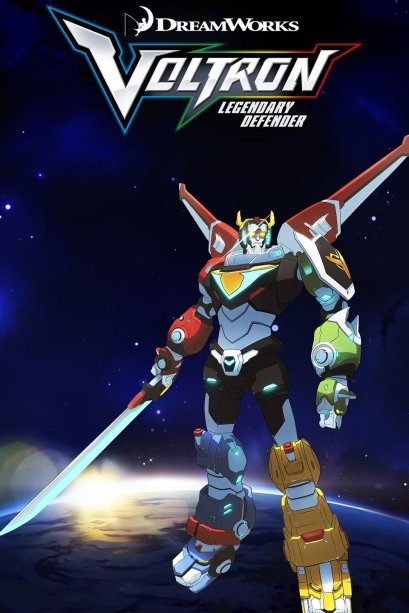 VOLTRON The Legendary Defender on Netflix

First of all I am not the target audience. Voltron is another show from Netflix hoping to increase its family membership. This another attempt to bring back old franchise names with proven toy sales.

Many have tried. Star wars always seems to have a new animated project on the horizen. Reboots with Mutant Turtles and Superheros have varied success. Many were not so lucky. How badly did franchises like Thunder Cats tank.

VOLTRON is a step above the rest. From time to time there is a moments of “OMG that is just silly” and you endure, checking emails and tweets for a moment.

But in general VOLTRON is far better then its original. The overall concept and the episode to episode writing is great – and I like the voice acting.

When I first stumbled across season one last summer, I never intended in watching beyond the first episode. This was to be a quick nostalgia moment. But seconds in I recognized the voice of Rhys Darby. Rhys was awesome on Flight of the Concords but it was his performance on X-Files Season 10 that solidified my adoration for his work.

While I would not mind a few more ROBEASTS, this new version is a bit refreshing and far less formulaic by not having the MONSTER OF THE WEEK. Instead we get a lot more politics of evil empire and the revolution. At times the show becomes more Star Trek, with naval like space battles between opposing starships and Star Wards like dogfights.

Modern story telling has positively effected this series. More so than most geared towards youth seemingly just to boost toy sales. We learn Zarkon was not always evil. The Galra were not always the enemy. Even the witch, Haggar,  has a backstory. Prince Lotor has his layers too.

I eagerly Await season 5 and beyond…